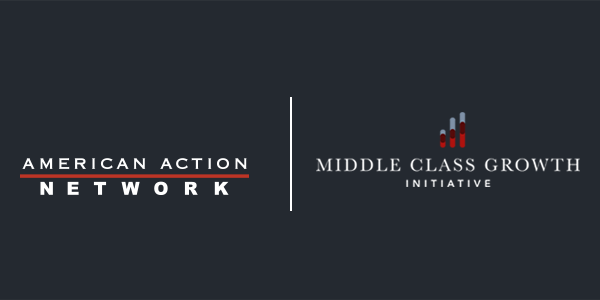 –  Will spend $5 million during August recess

WASHINGTON – As part of an ongoing effort to reform America’s outdated tax code, the American Action Network (@AAN) announced the launch of the Middle-Class Growth Initiative (MCGI), a new project that will be dedicated to the passage of a tax code that will be simpler, fairer and pro-growth. To kick off the project, MCGI will begin a $1 million radio ad campaign that highlights the failures of the current tax code and calls for tax cuts for hard-working American families and small businesses. The member-specific ads will air in 34 congressional districts nationwide for five weeks. MCGI will be led by AAN Executive Director Corry Bliss and Kevin Madden, who will serve as an advisor. View the list of districts here.

“Nothing is more important than fixing our outdated tax code and cutting taxes for working families and small businesses. That’s why AAN is launching the Middle-Class Growth Initiative and pledging to spend $5 million during August to continue building momentum for tax reform,”said Bliss. “As leaders in Congress debate our broken tax code, AAN will spearhead an aggressive advertising effort across key congressional districts nationwide to ensure lawmakers make reform a priority and America gets a tax code that puts middle-class families and job creators first. This is an opportunity for Americans across the country to unify behind prosperity and growth for all and we look forward to being part of that conversation.”

“Reforming America’s outdated tax code will deliver important economic benefits to American workers across the country,”said Madden.“Modernizing and upgrading the American tax code can deliver stronger economic growth in local and regional economies, which translates to more jobs and bigger paychecks for Americans who work at businesses both big and small. Our advocacy campaign will work with supporters of tax reform to drive this message in communities and districts in every corner of the country.”

The Middle-Class Growth Initiative will begin its full-scale campaign during the month of August with a $5 million investment to ensure Congress passes pro-growth tax policies that will benefit middle-class families and job creators. The Initiative will include an aggressive and targeted advertising effort across numerous platforms including television, digital, radio and mail.

Join the conversation on Twitter using the hashtag #GrowthForAll

Listen to the ad here

ANNCR:America’s tax code is hurting you.

Every year, thousands of American jobs are shipped to places like China.

Billions of dollars that could have built new factories and created jobs in America… are siphoned off overseas.

And every day – working families are under attack.

So working families get left behind.

But things, are about to change,

Paid for by American Action Network.