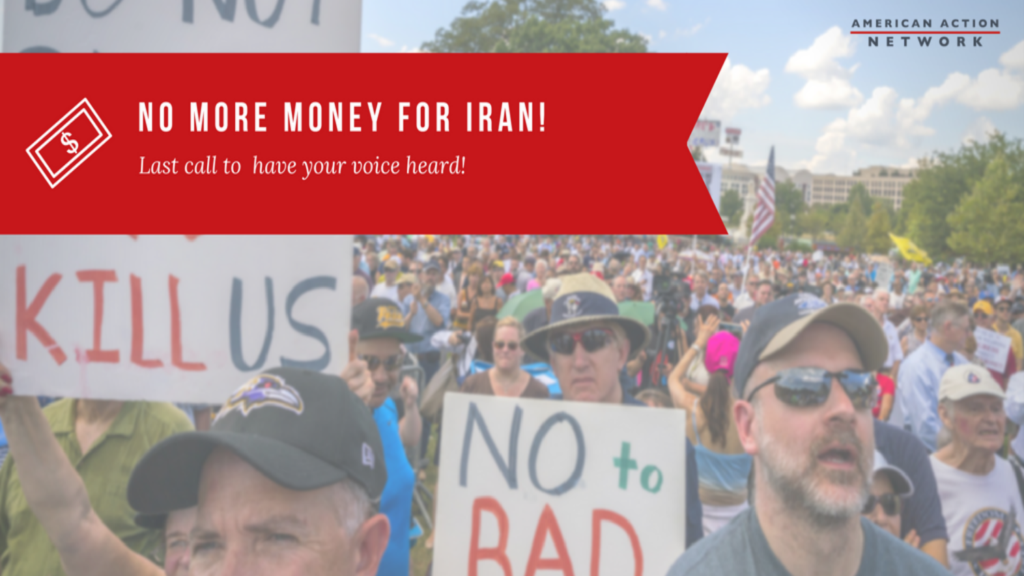 The Iranian nuclear agreement has already been exposed as a dangerous farce that could lead to nuclear weapons in the hands of one of the world’s most dangerous rogue states. Now we’ve learned that the Obama Administration has funneled over $1.7 billion in cash payments to Iran.

The president should be accountable to the American people and barred from sending secret cash to a state sponsor of terror like Iran. Join us in calling on your Senator to pass a bill that makes cash payments to Iran illegal! After you sign, you will be given the opportunity to contact your Senator.