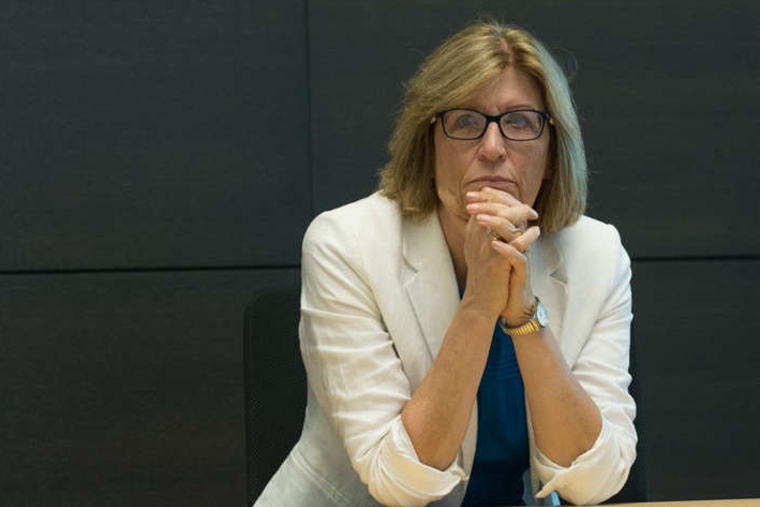 What They Are Saying: Rita Hart Wrong To Circumvent Iowans

Rita Hart’s attempt to circumvent Iowans and allow Nancy Pelosi to overturn the state-certified results of the election in Iowa’s Second District is raising eyebrows all across the country.

Pundits, reporters, editorial boards and politicians alike are responding in outrage as Pelosi and her liberal allies attempt to overthrow voters. Here’s what they are saying…

Cook Political Report: “In effect, Hart is asking a Democratic-led House to overturn Iowa’s recounted, certified results. If she had provable claims, why wouldn’t she take them to court instead? Imo, it’s an awful look… It’s pretty obvious what Dems would be calling this if the shoe were on the other foot.” (David Wasserman, Cook Political Report, 12/3/20)

“The country just can’t afford for the House to do this.”

Omaha World-Herald Editorial Board: “Now, of all times, the country just can’t afford for the House to do this. Hart and Iowa Democrats, having chosen not to pursue a remedy in state court, should accept the certified election result. Miller-Meeks should be seated. … The cynicism and paranoia are already thick enough, without the House dusting off an archaic means to exert political muscle. The people spoke more than a month ago. The votes are counted. Candidates must accept that for the good of the country.” (Editorial Staff, Omaha World-Herald, 12/9/2020)

“Democrats could outright steal one or two House seats”

Wall Street Journal Editorial Board: “That would make it especially brazen if national Democrats used their political power in the House to overturn the result that was finally delivered…Democrats could outright steal one or two House seats, while the media ignore the power grab.” (Editorial Staff, Wall Street Journal, 12/4/20)

“Asking the House to step in is bad”

MSNBC’s Chris Hayes: “Yeah if there are court remedies to pursue, they should pursue them there! Asking the house to step in is bad.” (Chris Hayes, Twitter, 12/3/20)

POLITICO: “The move, the aggressiveness of which has stunned some Democrats, will trigger a rarely used congressional process, which was memorably deployed to settle an election in the mid-1980s. But the stakes are high: Speaker Nancy Pelosi has a severely diminished majority, which could be as small as five votes after sustaining unexpected losses last month. But some Democrats question the optics of challenging certified election results…” (Sarah Ferris and Ally Mutnick, POLITICO, 12/2/20)

“opens up a huge can of worms”

Roll Call: “’That just opens up a huge can of worms,’ said Charles Stewart III, a political science professor at MIT who has studied congressional politics and election administration. Stewart said considering the challenge ‘puts Congress in a position … of essentially changing the rules after the election.’” (Bridget Bowman and Herb Jackson, Roll Call, 12/2/20)

“What was Hart thinking?”

Des Moines Register: “What was Hart thinking by asking politicians in Washington, rather than judges in Iowa, to rule on her claim that not all legally cast ballots were counted? Does she really think this is how ordinary Iowans want their members of Congress to be chosen? And who really thinks it would be smart for House Speaker Nancy Pelosi to put her members through the public pressure cooker by asking them to vote to seat Hart, rather than Miller-Meeks — especially at a time when Democrats everywhere are complaining about the president’s refusal to accept the will of the voters? These are embarrassing questions that Rita Hart needs to answer.” (Randy Evans, Des Moines Register, 12/8/20)

Ari Fleischer: “Why isn’t the MSM going nuts about this? A losing candidate won’t accept the results. The election was certified, but the loser insists a D controlled body examine the race and hopefully overturn it. I guess it’s ok if a D does it.” (Ari Fleischer, Twitter, 12/3/2020)

Guy Benson: “Mariannette Miller-Meeks has won this election — representing a GOP pickup — but Democrats are seeking to steal it from her via an outrageous partisan power play.” (Guy Benson, Townhall, 12/8/20)

“Iowa’s congressional representatives ought to be chosen by Iowans.”

Quad City-Times Editorial Board: “We are not sure how the House will resolve Hart’s challenge, which hasn’t even been filed yet. We are disappointed, however, at this turn of events. Bottom line: Iowa’s congressional representatives ought to be chosen by Iowans, and when there are disputes over how the state’s elections are conducted, we prefer those issues to be settled in Iowa, not Washington, D.C.” (Editorial Staff, Quad City-Times, 12/6/2020)

“The will of Iowa voters should not be overturned by partisan Washington, D.C., politicians”

Secretary of State Paul Pate: “A bipartisan and transparent recount process in all 24 counties of the Second Congressional District confirmed Iowans elected Mariannette Miller-Meeks. Under Iowa law the deadline to contest the election is today. Iowans made their voices heard in record numbers, and in the event of a contested elections they deserve to have the contest process decided by Iowa judges. The will of Iowa voters should not be overturned by partisan Washington, D.C., politicians.” (IA Secretary Of State Paul Pate, Twitter, 12/2/2020)

Former Iowa Governor and Ambassador Branstad: “If Hart believed that the recount excluded ballots that should have been counted, she could have raised those issues with Iowa’s neutral judges through a judicial election contest. But Hart didn’t trust Iowa’s process. Rather, she skipped over Iowa’s impartial judiciary and picked a Washington, D.C., political process. She says she is going to contest the election result in the U.S. House of Representatives. Instead of a panel of Iowa judges hearing her case, she will present it to a partisan committee. This is not the rule of law. It is the rule of power. If Nancy Pelosi wants to shove aside the person elected by Iowans, she can do it.” (Terry Branstad, Des Moines Register, 12/9/2020)

“Attempting to take away the voice of voters”

Iowa House Speaker Pat Grassley: “On Election Night, Rita Hart lost. After mistakes were corrected, Rita Hart lost. After requesting a recount in all 24 counties and seeing that process through, Rita Hart lost,” said Speaker Grassley. “Now, Rita Hart is unhappy with the results and has chosen to bypass our state process and is asking Nancy Pelosi to intervene and negate the will of Iowa voters through a sham process. This is shameful and erodes trust in the integrity of our elections. Elected Iowa Democrats should stand up for Iowans and denounce this partisan process that is attempting to take away the voice of voters.” (Press Release, IA House Speaker Pat Grassley, 12/4/20)

Rita Hart “chose to appeal to Washington partisans who should have no say in who represents Iowans.”

Senators Chuck Grassley and Joni Ernst: “Both the original vote count and recount confirmed Mariannette Miller-Meeks won her election. There are legal avenues through which candidates can litigate election disputes if they believe there are specific election irregularities. Rita Hart declined to take legitimate legal action in Iowa courts and instead chose to appeal to Washington partisans who should have no say in who represents Iowans. That’s an insult to Iowa voters and our nonpartisan election process. We are confident in the fairness and accuracy of Iowa’s election system.” (Press Releases, Senators Chuck Grassley and Joni Ernst, 12/3/20)

“By heading straight to a Democratic-controlled Congress, Hart is attempting to undermine the voice of Iowans.”

“Why should Iowans expect any fairness in a Pelosi-controlled recount kangaroo court?”

Iowa State Senate Majority Leader Whitver: “Rita Hart and national Democrats know Iowa Courts will fairly address this race and after the vote has been counted, recounted, and certified, they know they’ll lose. The intention here is clear: Set up rules in their favor, regardless of what Iowa law is, and count until they get the result they want. They did it in Minnesota in 2008 and it is quite obvious they intend to implement the same game plan here. Why should Iowans expect any fairness in a Pelosi-controlled recount kangaroo court? If the US House desires to seat the legitimate winner of Iowa’s 2nd Congressional District, they will seat Mariannette Miller-Meeks.” (Press Release, Iowa State Senate Majority Leader Whitver, 12/4/20)