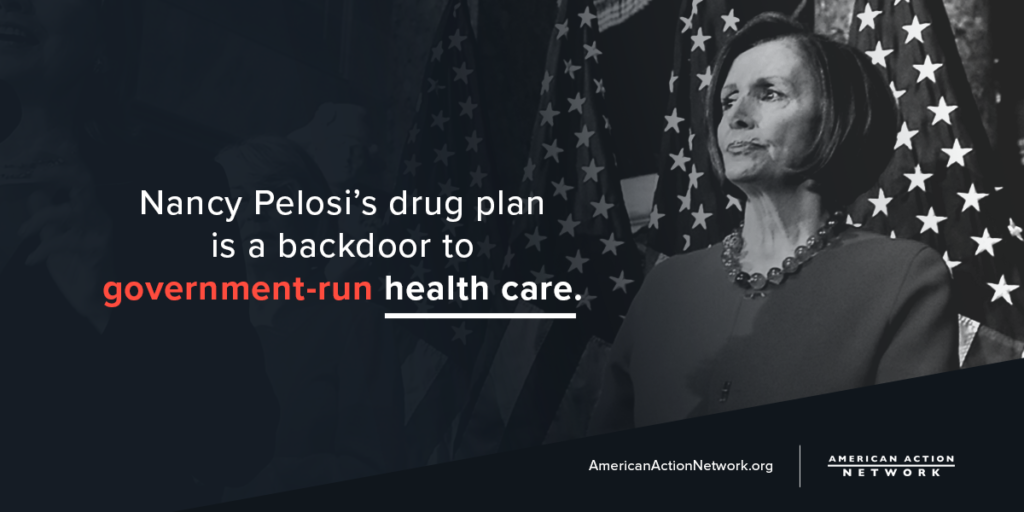 “Nancy Pelosi and the far-left are pushing for a full-scale, socialist takeover of the entire American health care system, and their very first step is to seize control of your prescription drugs,” said AAN President Dan Conston.“Pelosi’s cruel drug pricing bill will limit access, force rationing, reduce innovation, and ultimately prevent Americans from receiving the life-saving treatments and drugs that they depend on. It is time for Pelosi drop her dangerous plan and instead work across the aisle on bipartisan solutions to lower the cost of prescription drugs for all Americans.”

For years, American Action Network has been leading the fight against the left’s plans to interfere with Americans’ prescription drug benefits. In just the past weeks, AAN launched multiple, multi-million dollar efforts encouraging lawmakers to reject meddling with Medicare prescription drug plans and attempts to implement socialist price-fixing schemes.