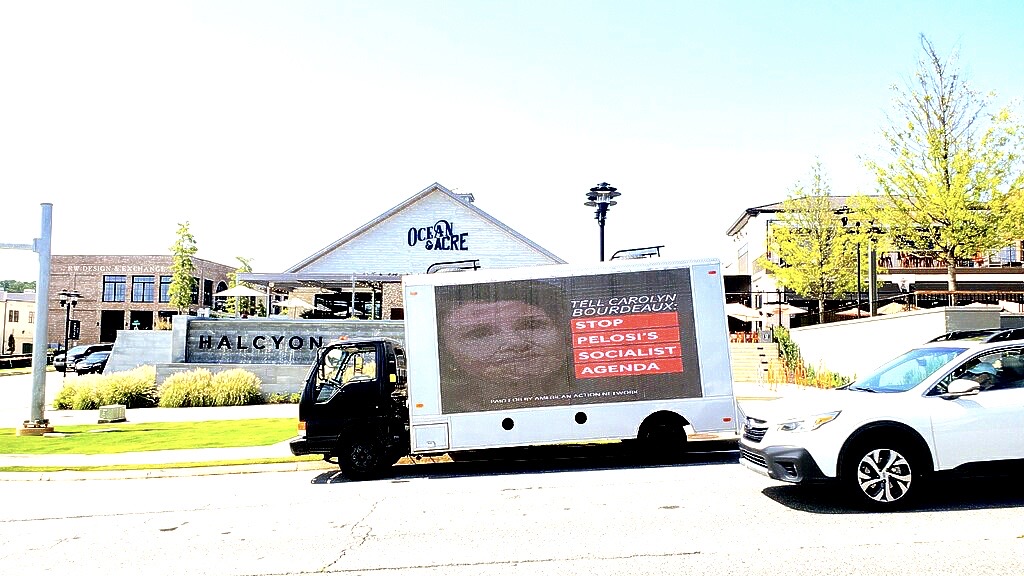 As first reported in the Atlanta Journal Constitution, Carolyn Bourdeaux got a bit of a surprise this weekend during her “Coffee with Constituents”, as a mobile billboard paid for American Action Network circled the event reminding Georgians of her vote to advance Pelosi’s $3.5 trillion tax-and-spend plan.

The billboard, which rolled through the city throughout the day, highlighted the plan’s tax increases, risks to inflation, impact to your prescription drugs while urging Congresswoman Bourdeaux to stop the socialist spending plan.

High-rez photo below, video clip here and don’t miss the write up in the AJC here.

This week, Bourdeaux will hear from Republican activists hammering her for ultimately voting to advance that budget.

The D.C.-based American Action Network says they’ve hired a mobile billboard to circle the location of Bourdeaux’s coffee with constituents this morning “slamming her vote for Biden’s $3.5 trillion tax increase and spending plan.”