“With the Tax Cuts and Jobs Act being signed in to law, Republicans have followed-though on their promise to reform our broken tax code and replacing it with a fairer and simpler system,” said Corry Bliss, AAN Executive Director. “This new, pro-growth tax code will propel our economy in to the 21st century while cutting taxes for middle-class families by an average of $2,000. Now that meaningful tax reform is a reality, AAN is committed to promoting the benefits of pro-growth tax reform, and will spend at least $10 million over the upcoming months to ensure that message is heard.” 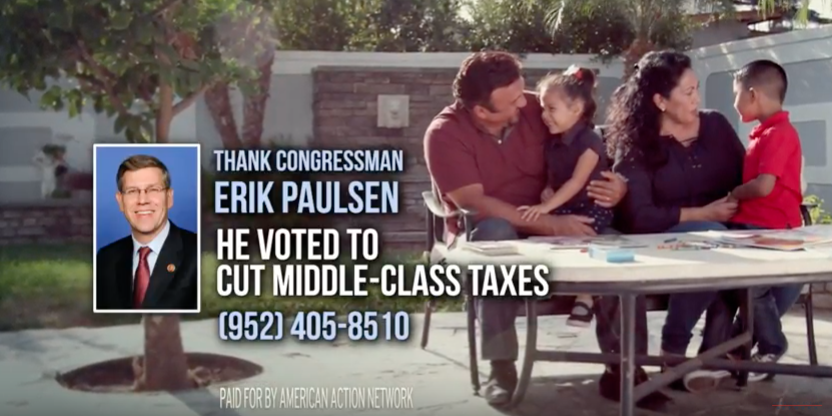 Bertha: An independent analysis shows tax cuts will save a typical family more than $2,000.

Bertha: And for middle-class families, that means more peace of mind.

Fortino: So thank [Member of Congress]

Bertha: [He/she] voted to cut middle-class taxes and help families like ours.