“Across America, working families are in desperate need of tax reform that increases take-home pay, creates jobs, and strengthens our economy,” said AAN Executive Director Corry Bliss. “It’s not surprising that Nancy Pelosi and her allies in Congress are trying to jeopardize reforms that would put an extra $1,200 into the pockets of middle-class families. We’re asking these members to make the choice to help middle-class families over helping Pelosi.”

The television ad campaign is part of the Middle-Class Growth Initiative (MCGI), a special project of American Action Network launched in August to advocate for the passage of meaningful tax reform legislation. The multi-pronged effort, now totaling $20 million in expenditures, includes advertising on television, radio, direct mail, and mobile billboards in over 50 congressional districts nationwide. 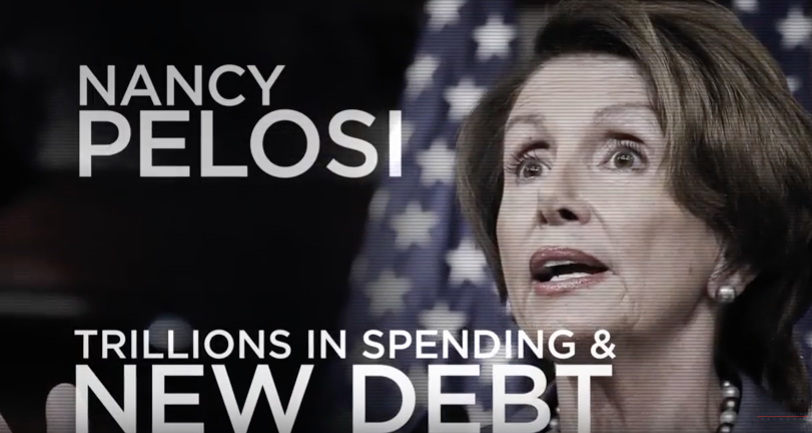 Watch an example of the ad here.

ANNCR: It’s not a tough choice:

and close loopholes so everyone pays their fair share…

with her record of massive tax hikes and trillions in new debt.

NANCY PELOSI: “ … I think I’m worth the trouble, quite frankly …”

NANCY PELOSI: “ … I think I’m worth the trouble, quite frankly …”

ANNCR: It’s not a tough choice.