WASHINGTON – American Action Network’s Middle-Class Growth Initiative (MCGI) today kicked off a $2.5 million television and digital ad campaign in 29 congressional districts nationwide, applauding members of Congress for their recent vote in favor of the Tax Cuts and Jobs Act. The district-specific ads thank members, and urge Congress to deliver on their promise to ensure pro-growth tax reform for working families becomes a reality.

The ads feature a Wisconsin family, Jim and Lindsay Pratt, discussing what pro-growth tax reform will mean for families like theirs. View targeted districts here.

“Too many American families are living paycheck-to-paycheck, struggling to make ends meet,” said Corry Bliss, AAN Executive Director. “Thankfully, Congress has promised to cut taxes for middle-class families, and as momentum for tax reform continues, relief is on the way. Congress must keep its word and deliver on that promise to give middle-class families a $1,200 tax cut and some much-needed peace of mind.”

The campaign is part of the Middle-Class Growth Initiative, a special project of American Action Network launched in August to promote the passage of meaningful pro-growth tax reform legislation. The multi-pronged effort, now totaling over $22 million, has included advertising on television, radio, digital, direct mail, and mobile billboards in over 60 congressional districts across the country. 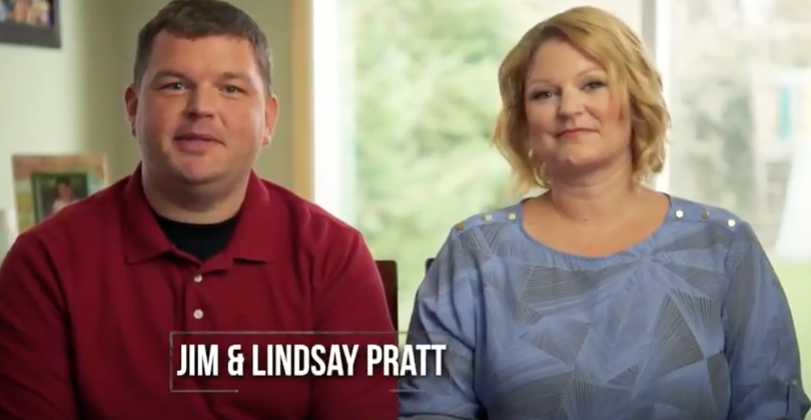 LINDSAY PRATT: …Then they seem to forget about people like us.

But when it comes to cutting taxes for middle-class families – Congress is keeping its word.

JIM: The House of Representatives just voted to make the tax code simpler and fairer.

LINDSAY: And an independent analysis shows a typical family will save $1,200.

So, thank [Member of Congress].

[He/She] voted to cut middle-class taxes to help families like ours.