“Our outdated tax system has been a burden on hardworking Americans for far too long,” said Corry Bliss, AAN Executive Director. “Luckily, those days are nearing an end. Members of Congress are delivering on their promise to the American people, working tirelessly to cut taxes for workers across the country. By establishing a simpler code and lower rates, the Tax Cuts and Jobs Act will put an extra $1,200 back into the pockets of middle-class families. The American Action Network applauds all the progress made thus far, and urges lawmakers to remain hard at work until pro-growth tax reform becomes law.”

The campaign is part of the Middle-Class Growth Initiative, a special project of American Action Network launched in August to promote the passage of meaningful pro-growth tax reform legislation. The multi-pronged effort, now totaling over $24 million, has included advertising on television, radio, digital, direct mail, and mobile billboards in over 60 congressional districts across the country. 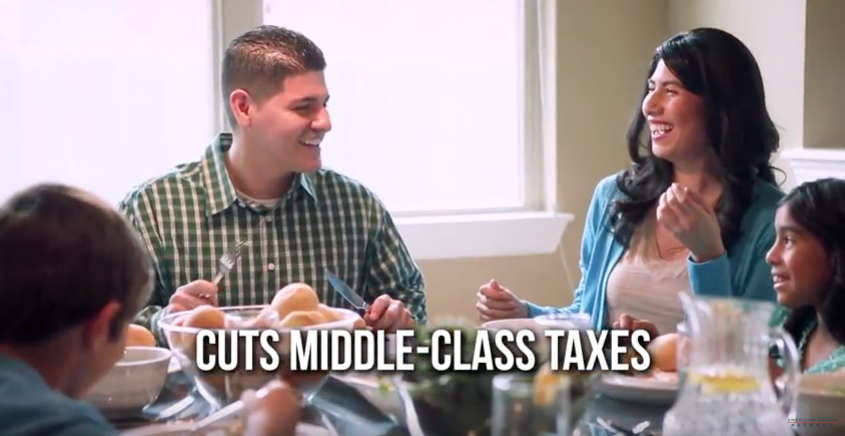 ANNCR: What does the new Tax Cuts and Jobs Act mean for New York?

And closes loopholes so everyone pays their fair share.

And an independent analysis shows it will create more than 57,000 New York jobs…

…while boosting our middle-class family incomes by more than $2,300.