“The Tax Cuts and Jobs Acts means more jobs and more savings for families across the country,” said AAN executive director Corry Bliss. “A simpler, fairer tax code will deliver a tax cut upward of $1,200 on average for middle-class families, giving hardworking Americans the chance to save, get ahead, and finally have some peace of mind. Members of Congress must deliver on their promise to cut taxes for America’s middle class, and make meaningful, pro-growth tax reform a reality.”

The ad campaign is part of the Middle-Class Growth Initiative (MCGI), a special project of American Action Network, now totaling over $19 million in expenditures. The project launched in August to advocate for the passage of meaningful tax reform legislation. The multi-pronged effort, with a $22 million spending commitment, includes advertising on television, radio, direct mail, and mobile billboards in over 50 congressional districts nationwide. 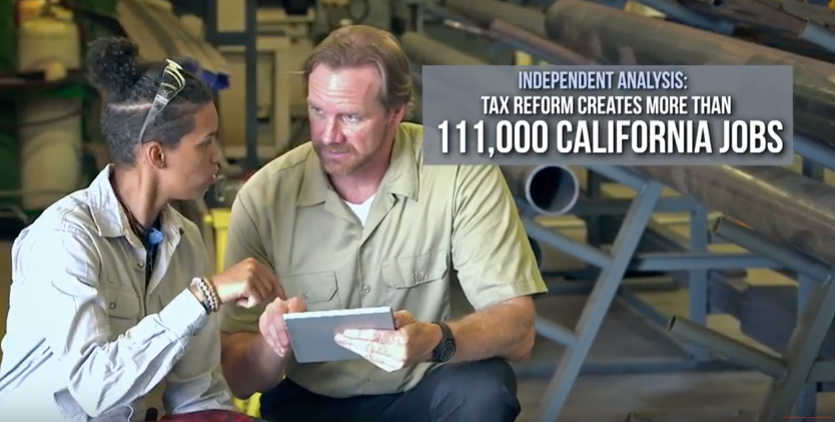 ANNCR: What does the new Tax Cuts and Jobs Act mean for California?

And closes loopholes so everyone pays their fair share.

And an independent analysis shows it will create more than 111,000 California jobs…

…while boosting our middle-class family incomes by nearly $3,000.