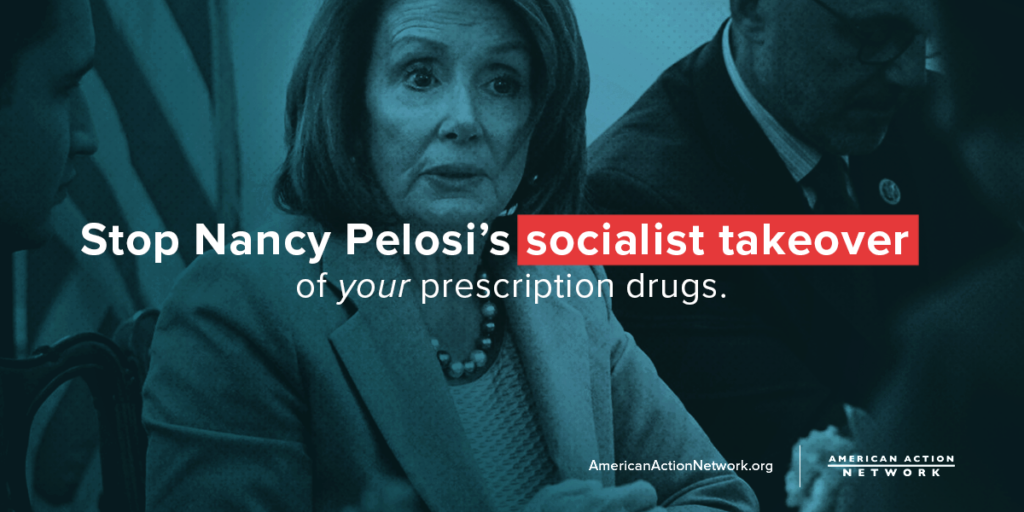 “Nancy Pelosi and Washington liberals are in reckless pursuit of a socialist agenda that would put government in charge of every aspect of American life,” said AAN President Dan Conston, “And this socialist takeover of American’s prescription drug benefits is no exception. If you think the horror stories from around the world of government rationing medications and access to lifesaving treatments can’t come to America, just wait until Pelosi and her socialist allies are in charge of your prescription medications. This plan will have devastating consequences for any American who ever needs a prescription medication and lawmakers must reject it at once.”

What conservatives are saying about Pelosi’s drug plan: