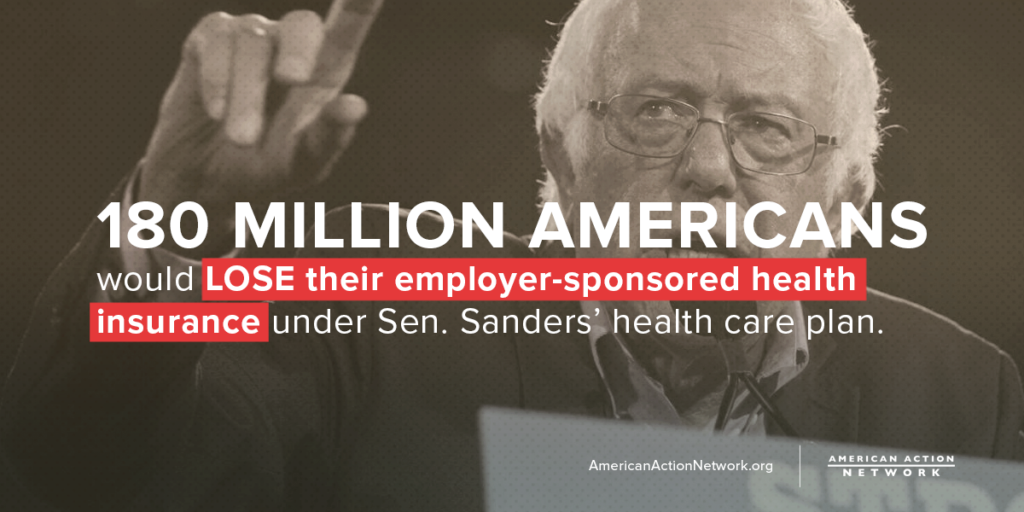 “This is the health care agenda of the left and it should be terrifying to everyday Americans. The 180 million people who would lose their employer-sponsored health insurance under this bill deserve better,” said Dan Conston, AAN President. “Too many liberals in Congress are determined to plow forward with their plans to eliminate the insurance plans that tens of millions of Americans know and like while simultaneously raising taxes on the middle class. This bill is bad policy and should be rejected by every Member of Congress who takes the wellbeing of their constituents and this country seriously.”

Doubling Down: Pelosi OK’s Another Medicare For All Hearing
Minutes after the first-ever congressional hearing on Medicare for All concluded, the House Ways and Means Committee doubled down, confirming that it would also hold a hearing on the left’s plan for socialized medicine that would kick 180 million Americans off their current employer and union-sponsored health care plans. With Speaker Pelosi giving the OK for this parade […]

Canadian Cancer Patient Challenges Government to Fix Failing Single-Payer System
As liberals in Congress prepare to hold the first-ever hearing on single-payer legislation to put the federal government in charge of every health care decision of every American, a Canadian cancer patient’s video pleading for the government to fix the country’s broken single-payer system has gone viral. From the Canadian Broadcasting Corporation: “A mother in Nova Scotia living […]