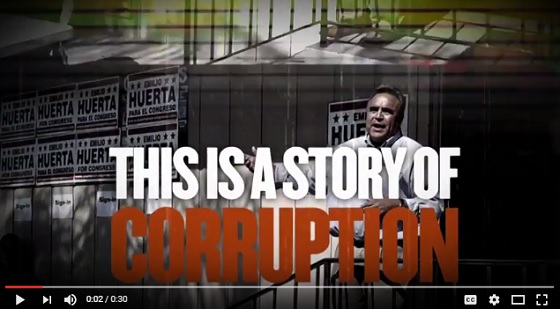 WASHINGTON – The American Action Network (@AAN) today released the ad “Rich,” against extreme liberal Emilio Huerta in California’s 21st congressional district race. The ad exposes Emilio Huerta’s record of sleaze, getting rich off a crooked, insider deal at the expense of the poor.

“Under the guise of helping poor workers, Emilio Huerta sows corruption and profiteering at their expense,” said Ruth Guerra, AAN spokeswoman. “Instead of standing up for low income families, Huerta and his partners turned land intended for them into a secret money-making deal. The last thing we need in Congress is a charlatan like Emilio Huerta who doesn’t think twice about profiting off the backs of the poor.”

The ad will air on broadcast and cable TV in the Fresno and Bakersfield media markets beginning Tuesday, October 25, as part of AAN’s $750,000 independent expenditure campaign in CA-21.  A 15-second version will run on digital platforms. American Action Network (501c4) and its sister super PAC, Congressional Leadership Fund, have announced general election spending of over $40 million in 32 districts nationwide.

ANNCR: This is a story of corruption. How Emilio Huerta got rich…. hurting the poor.

In a crooked, sweetheart, insider deal,

The land was intended for low-income families, but instead, Huerta and his partners flipped it to developers…. For a MILLION DOLLAR profit.

The last thing we need…. in Washington.