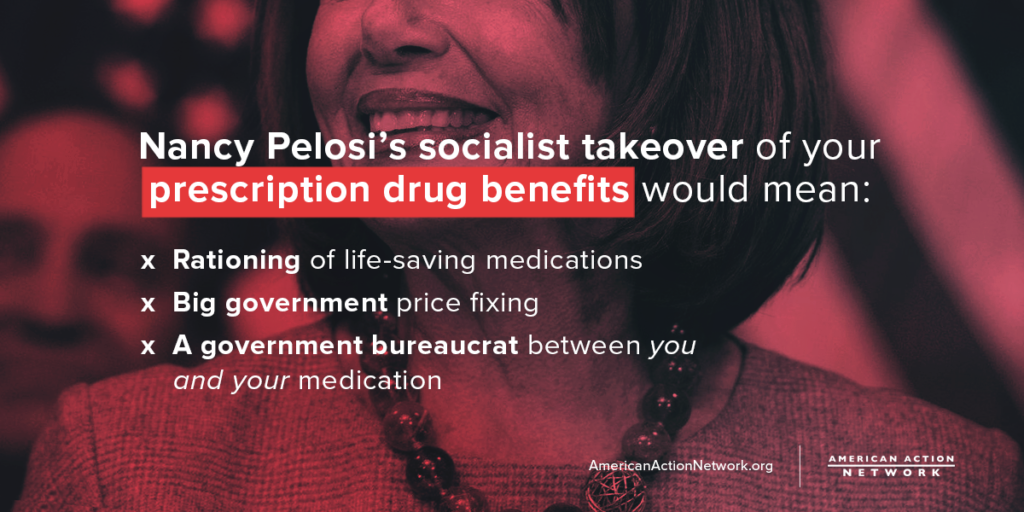 “Make no mistake: Nancy Pelosi’s drug plan would be a socialist nightmare for any American that ever needs a prescription medication,” said AAN President Dan Conston. “Instead of proposing anything serious to reduce the cost of prescription drugs, Pelosi and her allies would rather double-down on a socialist agenda of government price fixing that will cause countless Americans to face the rationing of lifesaving medications and treatments. It’s just plain wrong and Members of Congress that care about their constituents’ well-being would be wise to reject it.”

The American Action Network has been leading a multi-million dollar campaign to fight the left’s calls for a government takeover of America’s prescription drug benefits. In February and August, AAN launched major campaigns targeting Members of Congress across the nation and urging them to reject these plans.

What conservatives are saying about Pelosi’s drug plan: