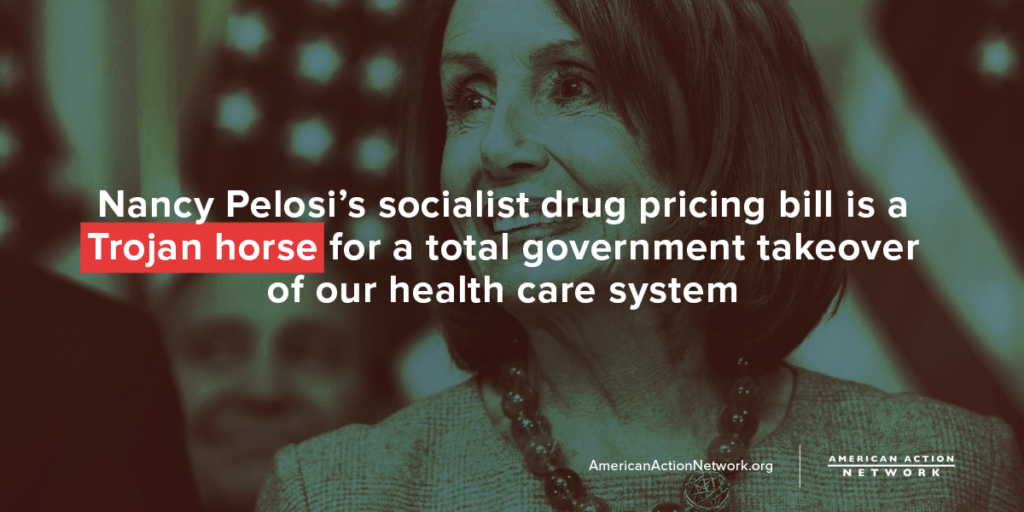 “Nancy Pelosi’s socialist drug pricing bill is nothing more than a Trojan horse for a total government takeover of our health care system and every Member of Congress should immediately reject it. Written behind closed doors and now being muscled through the House, Pelosi and her socialist allies are hell-bent on putting government bureaucrats in charge of your prescription drugs, knowing it will lead to rationing lifesaving medications and treatments,” said AAN President Dan Conston. “Instead of destroying the most innovative medical research ecosystem in the world, Pelosi should immediately drop her socialist scheme and work across the aisle on bipartisan proposals that would actually deliver results for the American people.”
For years, American Action Network has been leading the fight against the left’s plans to put more government in charge of Americans’ prescription drug benefits. This year, AAN launched multiple, multi-million dollar efforts encouraging lawmakers to reject meddling with Medicare prescription drug plans and attempts to implement socialist price-fixing schemes.
Read more about our efforts: