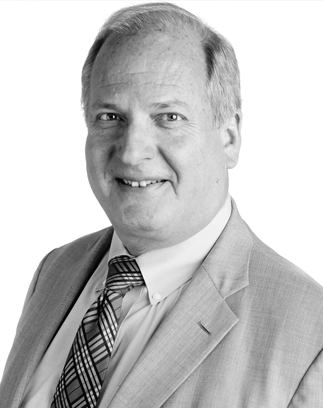 Vin Weber is a Partner at Mercury in Washington, D.C. He provides strategic advice to institutions with matters before the legislative and executive branches of the federal government. Vin has successfully advised numerous clients on matters pertaining to mergers & acquisitions, crisis management, strategic communications and international strategies.

Vin served in the United States House of Representatives from 1981 to 1993, representing Minnesota’s 2nd Congressional District. He was a member of the Appropriations Committee and an elected member of the House Republican Leadership.

Vin is one of the most prominent and successful strategists in the Republican Party and enjoys strong bipartisan relationships across the legislative and executive branches of government. He serves as a trusted advisor to senior officials in the Administration and on Capitol Hill, and has counseled numerous Presidential campaigns. In 2004, Vin was the Bush-Cheney ’04 Plains States Regional Chairman. He also served as Policy Chairman for Governor Mitt Romney’s 2008 presidential campaign. He is featured often in national publications, including the New York Times, Wall Street Journal, Washington Post, Los Angeles Times, Associated Press, National Journal, POLITICO and Financial Times. He is a sought-after political and policy analyst, appearing frequently on major television outlets, including NBC’s Nightly News, PBS News Hour, Bloomberg’s With All Due Respect, Fox News Channel, CNN, MSNBC and he contributes often to NPR, including the Diane Rehm Show. Washingtonian magazine named Vin #5 in their list of Washington’s 50 top lobbyists.

Vin is former Chairman of the National Endowment for Democracy, a private, nonprofit organization designed to strengthen democratic institutions around the world through nongovernmental efforts. He serves on the Board of The Council on Foreign Relations and co-chaired a major independent task force on U.S. Policy Toward Reform in the Arab World with former U.S. Secretary of State Madeleine Albright. Vin is a former member of the U.S. Secretary of Defense’s Defense Policy Board Advisory Committee, and he also served on the U.S. Secretary of State’s Advisory Committee on Democracy Promotion. For twelve years, Vin co-directed the Policy Forum—formerly the Mondale Forum—at the Humphrey Institute of the University of Minnesota along with former Congressman Tim Penny and he continues to be active with the school. In addition, Vin has served on the boards of over a dozen for-profit corporations ranging from start-ups to Fortune 100 companies.

Vin has authored and contributed to a number of task forces and reports. He co-directed the Center for Strategic and International Studies’ project on U.S. international development strategies and co-authored, along with former White House counsel, Greg Craig, a report on U.S. policy toward Egypt, published by the Washington Institute for Near East Policy. Currently, Vin co-chairs the Bipartisan Policy Center’s Health and Housing Task Force and serves as an advisor to the Atlantic Council’s Middle East Strategy Task Force, led by from Secretary of State Madeleine Albright and former National Security Advisory, Stephen Hadley.

Prior to opening Clark & Weinstock’s Washington, D.C. office in 1994, Vin was president and co-director with Jack Kemp, Jeane Kirkpatrick and Bill Bennett – of Empower America, a public policy advocacy group. Before his Congressional service, he was campaign manager and chief Minnesota aide to Sen. Rudy Boschwitz (1978-1980), and the co-publisher of the Murray County Herald (1976-1978).