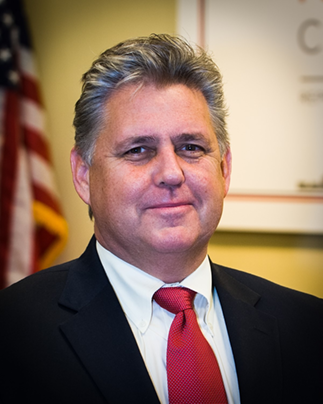 Jeff is currently the CEO of Roosevelt Group, a political consulting company.

Jeff served as the Chief of Staff for the Republican National Committee from 2011 thru April of 2013.  Jeff worked closely with the Presidential campaign to develop an integration plan with shared responsibilities between the campaign and the RNC. In addition to the work at the RNC Jeff was also responsible for ensuring the Republican National Convention was a success.

With two other partners, Jeff Larson founded FLS Connect in April of 1999. With the help of Jeff’s leadership FLS Connect went on to become a premier fundraising, voter contact and technology company serving the Republican Party and its candidates. Jeff sold his interest in FLS Connect in December of 2010.

In 2008 Jeff was asked by key leaders of Minneapolis and St Paul to take over as the CEO for the 2008 Host Committee for the Republican National Convention.

Jeff resides in Wisconsin and Washington, DC. He is married with two children. Jeff is an active alumnus of his alma mater the University of North Dakota and Sigma Chi Fraternity.