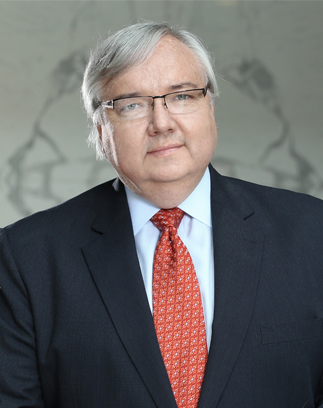 Barry Jackson is presently Managing Director, The Lindsey Group and Strategic Advisor, Brownstein Hyatt Farber Schreck. He served as Chief of Staff for Speaker Boehner from 2010 to June 2012. Mr. Jackson served as Boehner’s first Chief of Staff from 1991 thru 2001, as well as Executive Director of the House Republican Conference during Boehner’s tenure as Chairman from 1995 until 1999. Prior to his return to Mr. Boehner’s office, Mr. Jackson served from 2001 to 2009 in the White House of President George W. Bush, serving as the first director of the newly created Office of Strategic Initiatives and completing his service as Assistant to the President for Strategic Initiatives and External Affairs. In this role he managed the White House offices of Political Affairs, Public Liaison, Intergovernmental Affairs, and Strategic Initiatives. Born in Washington D.C. and raised in Ohio, Mr. Jackson graduated from the University of Iowa’s School of Journalism and Mass Communications. Mr. Jackson currently serves as a Trustee of the Woodrow Wilson International Center for Scholars; a director of the National Endowment for Democracy; a director of the Consortium of Catholic Academies; and a member of the Professional Advisory Board of the University of Iowa School of Journalism.